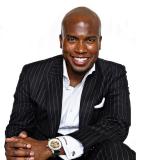 Some people tell me I'm a motivational speaker.

I travel the world, speaking to audiences about achievement strategies they can use to live an awesome life at work and home. I show people how to aim high, reject excuses and connect with the success and lifestyle they deserve.

If all else fails, I just make stuff up.

Show
Undergraduate Degree(s): Marketing
Favorite class(es): Calculus 401K and 401L. There were only two classes, but I took them four times. Persistence!
Moving from college to career:

Upon graduation, I worked for 2.5 years at Dell Computers as a sales rep in their fastest-growing business division. It was wild! I had NO CLUE what I was selling to people, but I learned how to be confident when I spoke so people trusted me. At first, I was a terrible salesman, but I developed a reputation for being a hard worker (something I learned while repairing my GPA at UT). I was often there from 9 am to 7 pm, learning, watching and taking notes. Because of this, I moved up quickly and started making what I thought were the "big dollars.

The problem was, they refused to develop me outside of the monthly product trainings. I saw very quickly that this was going to lead to many more years in a cubicle, tied to a headset, staring at a computer all day. But the money was great. I had a pair of golden handcuffs around my wrist that kept me chained to my "good job."

I attended weekly Toastmasters meetings so I could learn how to be more articulate and persuasive in conversation and during presentations. I started a streak of winning blue "Best Speaker" ribbons that I posted in my cubicle. It didn't hurt that half of the club members weren't native English speakers.

Recruiting for UT gave me an insatiable passion for speaking to young people. I started spending my weekends talking to kids about staying in school and making good choices in life. The kids gave me honest feedback. They were quick to tell me when I sucked. But I was hooked. In time, I loved my "weekend gig" more than my full-time job.

In April of 2002, I prayed about when I should leave. A month later, I was gone. My boss said that there was no way I could make money as a speaker.

When I left, I thought he was right. Times were slow. Very slow. I started tapping into the money I had saved for a rainy day. It was POURING at my house! Had I made the wrong decision? Was my boss right? Was I just hearing things when I decided to step out?

The same guy who made C's in both public speaking classes, six years later, was voted National Speaker of the Year.

The same guy who was afraid to leave his job became a coach and mentor to other speakers.

The same who was told he couldn't make any money as a speaker was just hired by Dell to train their managers about leadership. And guess who was in the audience. I made more money in those two days than he did in a month!

The journey has made me humble and overflowing with gratitude. I thank God that I wasn't allowed to quit when I wanted to so the message can live on and influence future generations of Longhorns.

I was a student recruiter for the McCombs School of Business. After class, I would get on the plane with the Deans and go to cities such as San Antonio, Dallas, and Houston. We had a great time, but I was dreadfully nervous every time I spoke. I tried not to show it, but I was beyond stage fright.

I learned how to use my nervousness to my advantage. I channeled it into a high-energy pseudo-comedy routine. The Dean's loved it and the parents and students enjoyed the breath of fresh air. Eventually, it got to the point where the Deans would do their thing, talking about the statistics, then say, "Now here's the star of the show..."

What they DIDN'T know was that, because I was over-extended as a student leader, my mind was everywhere but in the books. At the conclusion of the first semester of my junior year, I posted a 1.75 GPA. The so-called golden boy was one semester from failing out of college.

After a lot of doubting, feeling sorry for myself and negative self-talk, I decided to really live by faith, not just talk about it. I became a passionate student of personal development and achieving our human potential. My studies led me to a series of "productivity principles" that, when I applied them, altered the course of my life forever.

One notable change happened when I began to seek out people in class who wanted to excel, not just those who were popular. It was my first time ever fully relying on people of different ethnicities and nationalities to pull me out of the hole I dug for myself.

I quickly discovered what I had been missing because of my blinders. I realized that UT was full of cultures that I had previously overlooked. Once I embraced all that was in front of me, I fell in love with all that UT had to offer in this area.

To make a long story short, I made some life-long friends, made the Dean's List two of my final three semesters, and was awarded the two highest honors given to any student leader at UT.

It was the worst-best thing that ever happened to me.

I use my story to inspire students and professionals who can identify with having to create a comeback in life. My experiences at UT are at the heart of my message reminding people that anyone at any time can change.

"All things are possible to him who believes." - The Gospel of St. Mark