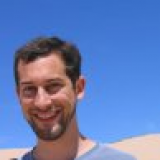 Build the skills of civic organizations overseas to contribute to better development.

Originally undecided, at the time I was considering Anthropology as a major.

My degree was somewhat important, because it gave me a sense of the world that helped me get interested in the area, but I had no real background in what I started doing (working at the ABA on legal reform). The most important thing about my undergraduate experience was learning to think critically and analyze what I read.

A class on the Balkans (while the Yugoslav war was going on) helped me to consider work that benefitted the wider world. I thought it would be a short stint, but I have stuck with it for a longer career. A great first boss also showed me that with common sense and dedication, I could make a real contribution.

Cons: Not many options for a longer career in the field; it's a non-profit area, so salaries are moderate.

I wish I had known how much professors are happy to chat with students; when I did that in graduate school, I learned a lot and built some good relationships.