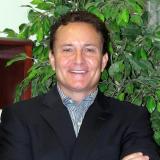 Nine years after completing my undergraduate degree, I went back and earned a second major in Economics (BA).

My first degree in Psychology did not have much to do with business. Initially, I thought it was a wasted degree and four years of my life, but it turned out that I use Psychology and people skills almost every day to encourage, motivate, teach, inspire and move people from where they are to where we need them to be. Concepts taught in behavior modification and CBT (cognitive behavior therapy) have actually proved to be quite useful in the process. As an example, an employee that is good but has temporarily lost focus, stuggling personally or perhaps become negative is encouraged to shift focus away from what they don't like about their personal or professional life and focus instead on what they are grateful for in their family and what they truly enjoy about their work. So, by helping them see their irrational or negative focus they often find new hope and energy and usually re-engage as an employee. My path was graduating in 1978 and working 8 years in real estate brokerage, then going back to school for three years (Economics, '87 and MBA, '90). After graduation, I worked with a private home building company in Austin, was promoted to sales managment in '94, and became the president 5 years later. I've been in that position for nearly 12 years. Formal education opened up countless doors for me. I highly recommend graduate school in business or whatever your discipline - an undergraduate education is a starting point, but not enough in today's fiercly competitive environment.

The main influence on my career was a simple decision I made back in 1986 to go back to school because I was tired of doing commercial and residential real estate brokerage. I decided I either wanted to run a public company or work in investment banking on Wall Street and knew either way that I'd need the MBA. It started with a decision - getting clear on what I wanted to do with my career and what I didn't want.

The journey to senior management requires long hours (60+/week), there's no free lunch (economics 101) and I don't know of another path to the top in any field. Even if you decide to do something entrepreneurial, the hours will be long, maybe longer. Bottom line is do something that you love and you won't watch the clock. Best thing about my job is the "view," I get to dive into marketing, accounting, finance, product design, purchasing, land development, sales, etc. The worst thing is probably the quarter to quarter (financial timelines) pressure to grow revenue and earnings (we're a publicly traded company).

First, go explore all through your 20's and even through your 30's. Try lots of different things. By age 40, know what you're positively good at and what you love. Then through your 40's, 50's and 60's - become the expert in that field. Know more about it than most people on the planet. Good things will happen to you (this was advice offered to me by a very wise man 30 years ago). The second bit of advice - remember that you were made for God, he created you to be, above all else you do, in a life-long friendship with him. With evey step you take in life, humbly ask for his help, his counsel, his wisdom and his favor. I try to live this advice I'm offering by starting each day with reading from the best seller of all time, the Holy Bible, and it has made all the difference. I find forgiveness, mercy, hope and a deep sense of peace there. Perhaps you should try the same.