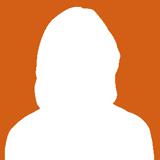 I am responsible for designing and implementing software and hardware interfaces used to test the performance and functionality of mixed-signal ICs (integrated circuits). In short, I help make sure the chips in your phone work.

I started out as a computer science major. This was partially because enrollment in the engineering school was very restricted at the time, but I thought I might stay a CS major. Then I ended up in classes that made me realize that a computer science degree at my school was really an applied mathematics degree. It was much too theoretical for me, so I switched to electrical engineering.

As I mentioned, I was lucky to find a good job fit during my college interviews. I stayed in that job for quite a while. During that time work was important, but I was even more focused on getting my life off the ground—getting married, buying a house, etc. Eventually I found I had really reached the limits of that job, so I moved to a job as an applications engineer for the test equipment manufacturer.

My college lab classes were some of the most important ones. Anytime you have a chance to actually do or create something, take it. Theory is great, but employers want to know if you can apply that theory.

When I was interviewing for jobs my last semester of college, I knew that I didn't just want to write software forever. On the other hand, I knew that I did love computer architecture, assembly code, scripting. I was lucky enough to meet an interviewer who said he had a job where I could mix hardware design and software. And I've been doing it ever since.

Pluses:
I get to work with very smart, interesting people. I get to do a lot of different things. No sitting in a cube looking at a screen all day for me! My schedule is very flexible which was especially important when my child was young. There is lots of opportunity to take on new roles and responsibilities.

Minuses:
When there is a deadline, you need to meet it even if that means long days or working off hours to support sites on the other side of the world.

Be broadminded and open to as many experiences as you can. It sounds trite, but communication skills are essential. Learn to work in a team, to speak up for yourself without stepping on other people, to give a good handshake. Never stop learning. (Also trite I know.)