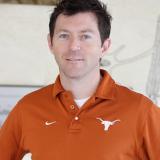 On a daily basis I work with college students, university administrators, faculty and other staff. Most of my job entails working with students to: help them figure out what courses to take, when to take them, how to get involved in research, find internships, determine career paths, talk with prospective students and their parents and whatever other miscellaneous things land on my desk.

There is a lot answering e-mails, talking with people directly, and doing presentations. You also have to be able to supervise people, so there are managerial skills that come in to play like evaluating others work, helping set priorities and making sure projects and tasks are being done efficiently.

Show
Undergraduate Degree(s): Agricultural Sciences and Natural Resources, Animal Science/Biotechnology
Graduate degree(s): I started out going to graduate school in Animal Science, Animal Genetics and Breeding. After a year and a half I changed schools and received a Master of Science in Counseling and Student Personnel with an emphasis in Student Affairs.
Favorite class(es): Undergraduate: Genetics
Moving from college to career:

I went from undergrad to a grad program, then changed that program to another graduate program. While working on that Master's I got an assistantship as a hall director. After graduation I worked at a small university as a hall director/coordinator and then moved to UT and started as an entry level academic advisor. Since then I have gained experiences and moved up the advising career ladder.

I got into the field of Student Affairs, which academic advising is a part of, because I was a Resident Assistant (RA) in undergrad. After that I started grad school in a technical field and then realized I missed working with students, planning activities, helping people with problems, etc. So I became an RA again for another year and that position was my biggest influence, and hearing from multiple friends and colleagues that I should try student affairs.

Pros: get to work with students who are usually a dynamic and enthusiastic group. The hours can be flexible depending on your supervisor, but generally are 8-5p. Working in an academic setting is cool because you get to hear about new discoveries and innovations and you work around people interested in learning. You generally have a license to try new things, innovate and create, which is nice to be able to stretch and try new things.

Cons: it can get tedious at times, academic positions can sometimes become stagnant, changes happen slow usually, each year the new Freshmen have the same questions as last years, so you have to deal with similar issues each year, being in an academic unit it is sometimes a struggle to bring the focus to the development of the whole student, not just the academics.

Overall though, if you like working with students and being in a learning driven atmosphere it's a good job.

I wish I had known that student affairs was an actual job while I was in college. I would recommend that you follow what you are passionate about/enjoy doing and pursue that. The paycheck will follow.